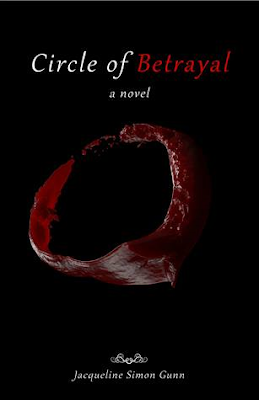 Kadee Carlisle finally fell in love. But now the man she loved is dead and she is a prime suspect. Did she do it? Well, even she doesn't know. She came to hate him almost as much as she loved him but could she really kill him? Unfortunately, she can't remember what she was doing when he was killed so she doesn't know if she did it, and neither do we.

Kadee is strong and independent, and doesn't really believe in romantic love. Then she meets Noah Donovan who sweeps her off her feet. But she can tell he's hiding something; she just doesn't know what it is. He becomes obsessive and controlling, but she can't seem to break free. She even starts counseling to understand her feelings and try to get to a point where she can leave him.

It may sound like I'm giving too much away, but I'm really not. The story is complex and jumps around a bit in time. We know early on that Noah is dead and Kadee is the suspect. And then we get to see how their relationship started and evolved, and how we ever got to the point where he was dead and she was accused. But even then, we don't have a clue what really happened.

There are tons of twists and turns in this story. I found myself going back and forth between thinking Kadee did it and thinking she didn't. Gunn definitely doesn't give it away too early. The only negative I found is the erotica element, which was a bit more than I am used to reading. But it was completely relevant to the story.

If you're looking for a psychological thriller that will keep you guessing right along with the main character, I definitely recommend Circle of Betrayal.

This review was written based on a copy of Circle of Betrayal that I purchased based on the recommendation of a friend who is the author's cousin. My review is my honest opinion of this book. If I didn't like it, I wouldn't have reviewed it. This post includes Amazon Affiliate links. If you purchase something using my link, I will receive a very small commission but your price does not change.