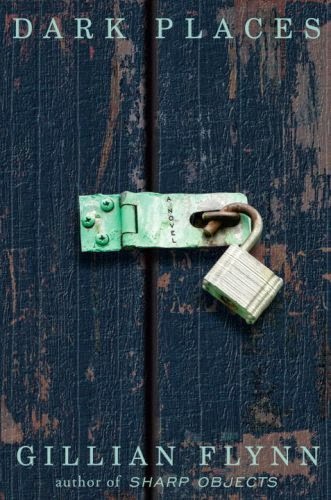 When Libby Day was 7 years old, her mother and two sisters were murdered. She testified that her 15-year-old brother was the killer. Now, more than 20 years later, she is contacted by a group called The Kill Club, which believes that her brother was innocent. Libby, who has never been motivated to work hard for anything, offers to help them with their investigation ~ as long as they pay her so she doesn't have to get a real job. But to help, Libby has to remember the real details of that night, and find out what her father, her brother and others who were involved with the family know.

by Gillian Flynn is another fascinating thriller in the vein of Gone Girl. Once again, the characters Flynn develops are real and flawed. There is no "good guy" and "bad guy." Everyone has their good and bad moments in their lives. Libby is a character to root for, even if you don't like her very much. We see the current-day story through her eyes, but there are flashbacks to that fateful night, which are told from many different points of view.

During my book club discussion, just about everyone liked the book, but many felt that the ending ruined it for them. I don't like to include spoilers in my reviews, so I'll just say you may be disappointed when the truth of what happened that night is revealed. I was a bit annoyed with some aspects, but since the rest of the book held my interest and kept me guessing, I am willing to overlook it to some degree.

Overall, this is another novel that made all of us at book club a little scared of Gillian Flynn and the things that are going on in her mind! This book features graphic descriptions of the murders, so be warned.

This review was written based on a copy of Dark Places that I purchased.