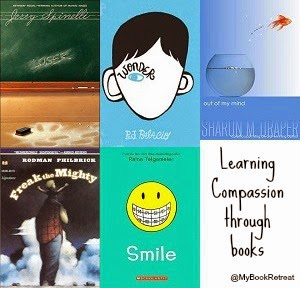 Today I am joining with bloggers around the world to speak about compassion. As a mother of a child about to enter middle school, compassion is on my mind. Middle school has a reputation for being filled with mean girls and bullying, kids dealing with hormones for the first time and struggling with their emotions. I worry about how my son will be treated in middle school, and how he will treat others.

I've been pleased over the past several years to see many middle grade books that endeavor to teach children compassion by showing them the struggles other kids face because of their differences in looks, interests, family, etc. And I've been very pleased to see my son's teachers pulling these books into their curricula. It is my hope that these stories will help my son and his friends consider the feelings of others, and also realize that their own feelings of wanting to fit in are universal.

Here are some recommendations of books that may help middle grade readers develop more compassion for their peers. My son has read these in school and can vouch for them. I have not read them myself, so I'm sharing the descriptions from Amazon. 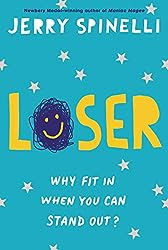 Loser by Jerry Spinelli. Just like other kids, Zinkoff rides his bike, hopes for snow days, and wants to be like his dad when he grows up. But Zinkoff also raises his hand with all the wrong answers, trips over his own feet, and falls down with laughter over a word like "Jabip." Other kids have their own word to describe him, but Zinkoff is too busy to hear it. He doesn't know he's not like everyone else. And one winter night, Zinkoff's differences show that any name can someday become "hero." With some of his finest writing to date and great wit and humor, Jerry Spinelli creates a story about a boy's individuality surpassing the need to fit in and the genuine importance of failure. As readers follow Zinkoff from first through sixth grade—making this a perfect classroom read—and watch his character develop, it becomes impossible not to identify with and root for him through failures and triumphs. 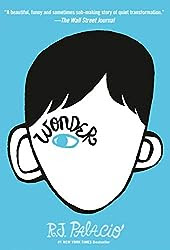 Wonder by RJ Palacio. August Pullman was born with a facial difference that, up until now, has prevented him from going to a mainstream school. Starting 5th grade at Beecher Prep, he wants nothing more than to be treated as an ordinary kid—but his new classmates can’t get past Auggie’s extraordinary face. WONDER, now a #1 New York Times bestseller and included on the Texas Bluebonnet Award master list, begins from Auggie’s point of view, but soon switches to include his classmates, his sister, her boyfriend, and others. These perspectives converge in a portrait of one community’s struggle with empathy, compassion, and acceptance. 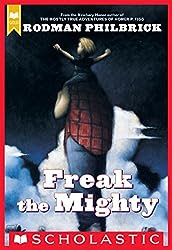 Freak the Mighty by Rodman Philbrick. Maxwell Kane, a lumbering eighth grader who describes himself as a "butthead goon," has lived with grandparents Grim and Gram ever since his father was imprisoned for murdering his mother. Mean-spirited schoolmates and special ed (for an undetermined learning disability) haven't improved his self-image, so he is totally unprepared for a friendship with Kevin, aka Freak, a veritable genius with a serious birth defect that's left him in braces and using crutches. Max is uplifted by Freak's imagination and booming confidence, while Freak gets a literal boost--hoisted onto Max's shoulders, he shares Max's mobility. Together they become Freak the Mighty, an invincible duo. 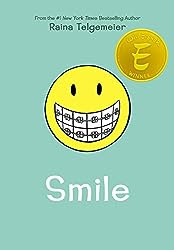 Smile by Raina Telgemeier. Raina just wants to be a normal sixth grader. But one night after Girl Scouts she trips and falls, severely injuring her two front teeth. What follows is a long and frustrating journey with on-again, off-again braces, surgery, embarrassing headgear, and even a retainer with fake teeth attached. And on top of all that, there's still more to deal with: a major earthquake, boy confusion, and friends who turn out to be not so friendly. 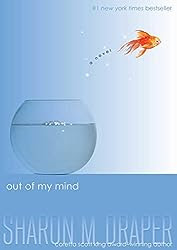 Out of My Mind by Sharon M. Draper. Eleven-year-old Melody has a photographic memory. Her head is like a video camera that is always recording. Always. And there's no delete button. She's the smartest kid in her whole school—but no one knows it. Most people—her teachers and doctors included—don't think she's capable of learning, and up until recently her school days consisted of listening to the same preschool-level alphabet lessons again and again and again. If only she could speak up, if only she could tell people what she thinks and knows . . . but she can't, because Melody can't talk. She can't walk. She can't write. Being stuck inside her head is making Melody go out of her mind—that is, until she discovers something that will allow her to speak for the first time ever. At last Melody has a voice . . . but not everyone around her is ready to hear it. 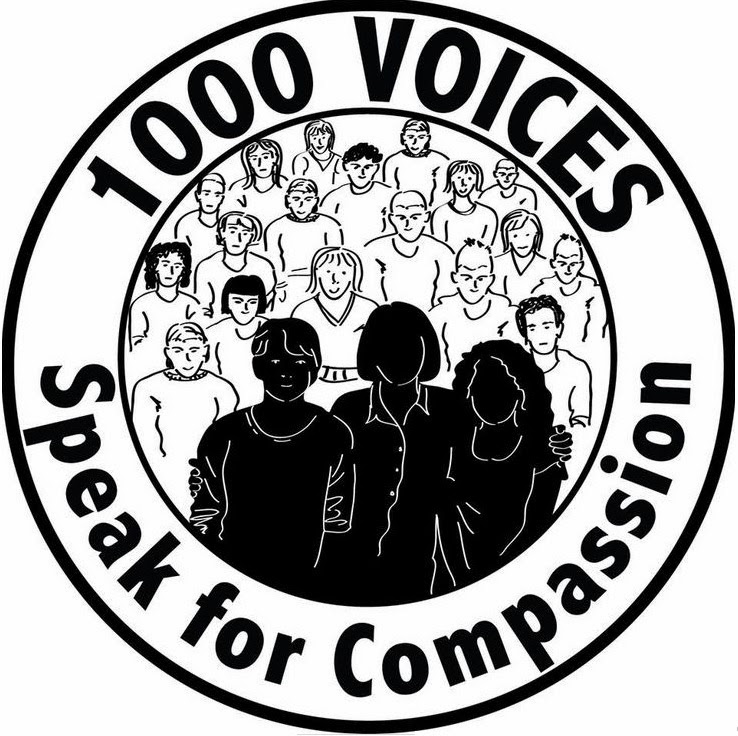 Join 1000 Voices for Compassion and spread compassion throughout your day. Connect with other voices around the world using the hashtag #1000Speak.