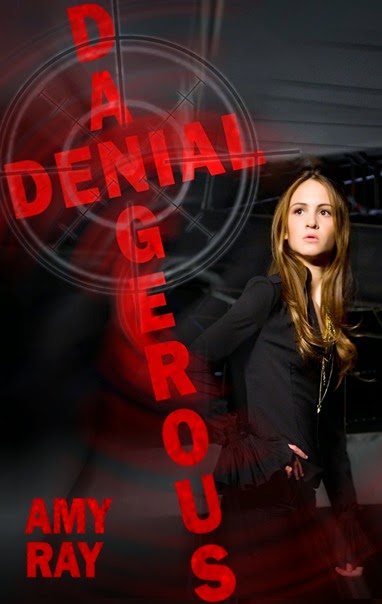 The story begins at the end, with BK Hartshaw at the charity ball she organized staring down a gunman. Trevor Mayhew is there too. Both have secrets to conceal. The story then returns to the past, to the story of Trevor's parents, and then to that of BK and Trevor as children. Neither had the ideal childhood. Eventually their stories cross paths, and everything comes together at the charity ball.

by Amy Ray is a mystery that unfolds over time. We get to know not only BK and Trevor, but also their family members, especially Trevor's parents and grandmother who all have a significant impact on his life. The characters are interesting and most are fairly realistic, although a few are a bit over the top. I definitely sympathized with both BK and Trevor for what they went through during their childhoods, and hoped to see them happy in the end.

Unfortunately, the structure of the book took a lot away from the story for me. Ray switches between several different time periods, and between BK's story and Trevor's. I found the changes to be a bit too disjointed in this case. Most of the chapters were about Lenny and Trevor, and then there would be one stuck in between about BK. There were dates at the top of some chapters, and this helped a bit, but not quite enough.

Dangerous Denial does tell a good, suspenseful story if you don't mind a bit of jumping around. It's a quick read that held my interest through to the end, as I was anxious to figure out what was really going on at the ball. The ending was satisfying as well.

This review was written based on a copy of Dangerous Denial that I received from TLC Book Tours in exchange for an honest review.