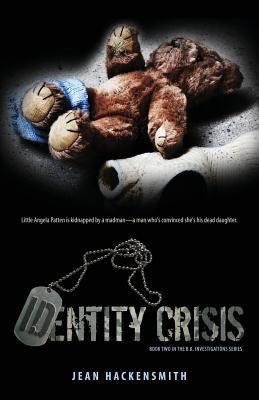 When Brian Koski is forced to resign from the police force, he goes into business as a private investigator. His first clients are Jeff and Melody Patten, who hire Brian to deal with a man who is stalking their daughter. Collin Lanaski insists that their daughter, Angela, is his own daughter, Courtney, who supposedly died in a car crash while he was deployed to the Middle East.

by Jean Hackensmith is a great mystery that kept me turning the pages wondering what was really going on. This main storyline of Brian's attempt to keep Collin away from Angela, and his subsequent search for the girl once Collin actually kidnaps her, provided plenty of suspense. Brian's second big case, in which he searches for the long-lost daughter of an elderly couple, adds some variety to the novel, which was nice.

This is actually the second book in the B.K. Investigations series, but it definitely stands alone. I have not read the first book, which is evidently about the case that forces Brian to resign at the start of this novel. But there was enough background information that I didn't feel like I missed anything.

Just about all of the characters are likeable and genuine. The truth stayed hidden for me for a long time. There was a bit of action, but mostly it's the suspense that kept me going. Overall, it was an engaging, suspenseful novel that kept my attention throughout and made me care about the characters.

This review was written based on a copy of Identity Crisis that I received from Pump Up Your Book in exchange for an honest review. This review includes Amazon Affiliate links.