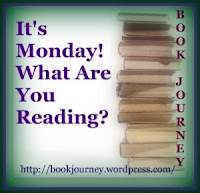 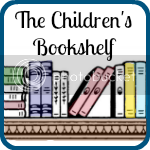 Welcome back to another weekly recap. Last week, I halfheartedly participated in the Winter's Respite Read-a-Thon at Seasons of Reading. I didn't do very well. I had hoped to read two 400+ page books but only got halfway through one of them. That's it. 2013 doesn't seem to be my year for reading! Oh well.

Recent Reviews and Other Posts
I didn't write any reviews last week but I did publish a couple other posts:
Virtual Book Club for Kids ~ My daughter became an artist for the day

Must Reads vs. Don't Bothers ~ I asked for advice on which books to read and which to give up on

The recap linky is open for just one more day for the Non-Fiction Non-Memoir Reading Challenge in 2012. If you participated in the challenge, be sure to link up so you can be entered to win an Amazon gift card!

What I'm Reading
I'm currently reading The Prophet by Ethan Cross. It's been a while since I read the first in this series, The Shepherd. I'm really enjoying this creepy thriller about two serial killers.

What C is Reading
C finished the Heroes of Olympus series by Rick Riordan. He then surprised me by saying he doesn't want to move right on to The Red Pyramid. I guess he needs a break from Riordan's world of gods and monsters! Instead, he picked up Diary of a Wimpy Kid: The Third Wheel by Jeff Kinney, which he had received for Christmas. He read it in one evening and said he really liked it. Today, he'll be bringing home his report card, and assuming all is well, I'll be giving him The Genius Files: You Only Die Twice by Dan Gutman. He read the first two in the series so he wants to read this one, which just published last week. It's a great modern-day adventure series.

What M is Reading
As usual, M and I are continuing to read more of the Rainbow Magic books. We're just finishing up the Ocean Fairies set this week. That set had the two girls working with the ocean fairies to find seven pieces of a golden conch shell that Jack Frost's goblins had broken. They need to put it back together so they can bring order back to the ocean. She'll be getting a few of the early reader versions of these Rainbow Magic books for her report card today. I'm hoping she'll be able to read those herself.

Up Next for Me
Once I finish The Prophet, I'll be starting Animal, Vegetable, Miracle by Barbara Kingsolver. It's our February book club book and I just got the ebook from my library. I only have it for seven days, so not sure I'll get through the whole thing that fast!

What are you reading this week? It's Monday! is hosted by Sheila at Book Journey, so hop over there if you'd like to see what others are reading too. Want to see more children's book reviews? Check out the Children's Bookshelf.