November 18, 2012
Today, I'd like to welcome Wayne Zurl, author of the Sam Jenkins Mystery series. You can read my review of the latest book in that series, Heroes & Lovers here.

Q. You and your character Sam Jenkins share much of the same background - you both worked as police officers in NY, spent time in Vietnam, and moved to the mountains of Tennessee. How much of you is in the character Sam? 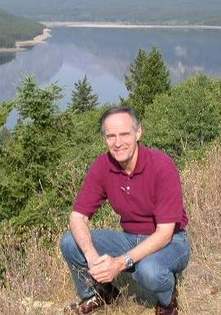 No one would believe me if I said Sam was a totally autonomous character—and he’s not. Sometimes I tell people we grew up in the same neighborhood, joined the Army together, and sat in the same class at the police academy. Coincidentally, my wife Barbara and Kate Jenkins volunteer at the public library, entertain the residents of local nursing homes, and play mahjongg, too.

I use Sam to fulfill the old author’s maxim of write what you know. All the back-story references I use to develop Sam’s character require no research to make them believable if I know them to be true. If Sam speaks as I do, writing his dialogue is a snap. And a middle-aged protagonist can have all the aches and pains and complaints his biographer experiences and no one can question their validity in my presence without an argument. I won’t mention the advantages of having an imaginary friend.

Q. Do you find your novels require a lot of research, or does your 20 years on the force provide most of the detail you need to make your stories seem real?

I’d like to tell you that I spend months feverishly combing the Internet for ideas and technical information, but in truth, I do very little research for my stories. Most everything is based on a case I investigated, supervised, or just knew a lot about. Often, to make things more interesting, I composite two or more incidents to get one piece of more interesting fiction. Making Sam’s professional reference points the same as mine, allows me to send him off to solve the legal problems in Prospect, Tennessee like an old-timer would. We’re both dinosaurs who barely know how to use a cell phone. If I need any up-to-date information on 21st century forensics, I call the real life Jackie Shuman who works as a crime scene investigator for the county sheriff and ask if they still use the Harrison test for gunshot residue, spray ninhydren to develop fingerprints on paper, or whatever.

Q. What's next in the Sam Jenkins series?

I’m currently working on revisions for a new full-length novel called PIGEON RIVER BLUES. The dust jacket summary will give you the basic idea.

Winter in the Smokies can be a tranquil time of year—unless Sam Jenkins sticks his thumb into the sweet potato pie.

The ex-New York detective turned Tennessee police chief is minding his own business one quiet day in February when Mayor Ronnie Shields asks him to act as a bodyguard for a famous country and western star.

C.J. Profitt’s return to her hometown of Prospect receives lots of publicity . . . and threats from a rightwing group calling themselves The Coalition for American Family Values.

The beautiful, publicity seeking Ms. Proffit never fails to capitalize on her abrasive personality by flaunting her alternative lifestyle—a way of living the Coalition hates.

Reluctantly, Jenkins accepts the assignment of keeping C.J. safe while she performs at a charity benefit. But his job becomes more difficult when the object of his protection refuses to cooperate.

During this misadventure, Sam hires a down-on-his-luck ex-New York detective and finds himself thrown back in time with old Army acquaintances who factor into a complicated plot of attempted murder, the destruction of a Dollywood music hall, and other general insurrection on Sam’s “peaceful side of the Smokies.”


Q. Oooh! That one sounds good! Do you have any other projects in the works?

I have two and a half more novels roughed out that take us to the end of Sam’s contract with the City of Prospect. After that, I’ll see if I want him to continue on as Chief of Police. I’ve also started a new novelette destined to become an audio book. In it, Sam gets involved with a major crime on the nearby McGhee-Tyson Air Base. He helps the resident OSI agent—a beautiful woman, of course—with a rather dodgy investigation. No title for that one yet.

Q. What genres and authors do you most enjoy reading? What are you reading now?

I like other police or detective mysteries that don’t stretch my suspension of disbelief too much. I choose not to deal with stories I consider dribble, whether they’re best sellers or not. I read authors like Robert B. Parker, James Lee Burke, Joseph Wambaugh, Nelson DeMille, Robert Crais, and a few others, along with the old master, Raymond Chandler. I also can’t resist any of the historical novels written by Bernard Cornwell.

A friend just recommended Scottish writer, Philip Kerr and I found his first book from the Bernard Gunther series. Bernie is a former police detective and now a private investigator in pre-WW2 Berlin. So far the story is terrific; set in a time when people’s every move was scrutinized by the Nazis. And I really like Gunther. He’s the German version of Philip Marlowe. I’ll read more of Kerr’s stuff.

Q. What do you enjoy doing when you're not reading?

Unfortunately, I spend entirely too much time on the computer dealing with book promotions and marketing. I’d love to write more, but these other chores are a necessity of life.

Whenever possible, we travel. Next week we’re booked into a cabin on a lake in the mountains of north Georgia. This winter we’re doing some fishing in Florida, and then going up to Maine for lobster season.

I have to say I'm very jealous of the trip to Maine for lobster season! Having grown up in New England and now living in North Carolina, I really miss having fresh lobster whenever I want it!

Wayne Zurl has visited My Book Retreat often! Check out these links: