July 27, 2011
Yesterday, I reviewed a great mystery/detective novel, A New Prospect. Today, the author, Wayne Zurl, shares the story of The Road to New Prospect. 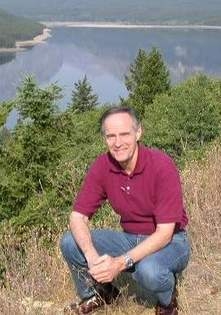 When I began writing the story of ex-New York Detective Sam Jenkins becoming police chief in Prospect, Tennessee, I used the working title, MURDER IN THE SMOKIES. After my second major rewrite, I changed it to A NEW PROSPECT. I hope changing titles isn’t bad luck like changing the name of a boat.

The first title focused on a murder, and for a new author writing a murder mystery today, he had better produce a body and start an investigation right up front if he wants to please an agent or editor. I didn’t do that, nor did I intend to.

Never being one to do things the easy way, I wanted the book to be more about people than the crime or the big question, “Who dunnit?” A commissioner I once worked for told a graduating police academy class, “We’re in the people business.” That was a very true statement. I wanted my cast of characters, my “people,” those who I intended to have reappear in all the sequels, be more important than the investigation.

Detectives deal with crimes daily and if they want to remain somewhat sane and functional, they may not want to invest much more emotion on a victim than a mason does for a broken cement block. The people these police officers live with and work alongside and meet along the way tend to get the lion’s share of their feelings.

I wanted the reader to meet Sam Jenkins and after turning the last page, know as much about him and the people in his life as I did. The investigation was to be just another day in the life of an old cop. Although, he did use some pretty nifty and totally unconventional methods to bring it to a conclusion he could live with, and I doubt anyone will guess who killed the dastardly Cecil Lovejoy before Sam lets the cat out of the bag.

A NEW PROSPECT represents a double meaning to the reader. A retired detective had been feeling the weight of his mid-life crisis pressing down on his shoulders. For him, a new career and purpose in his life provided a new prospect. For the city of Prospect, and specifically for the politicians who run it, Sam’s presence will forever leave them with a new (and very different) Prospect. I think Sam will be better able to cope with his prospect than they.

About the author
Wayne Zurl grew up on Long Island and retired after working for twenty years with the Suffolk County Police Department, one of the largest municipal law enforcement agencies in New York and the nation. For thirteen of those years he served as a section commander supervising investigators.

Prior to his police career, Zurl served on active duty in the US Army during the Vietnam War and later in the reserves.

In 2006 he began writing crime fiction. Seven of his Sam Jenkins mysteries have been produced as audio books and simultaneously published as eBooks. His first full-length novel, A New Prospect, traditionally published by Black Rose Writing, debuted in January 2011.

Zurl left New York to live in the foothills of the Great Smoky Mountains of Tennessee with his wife, Barbara.

For more information about Wayne Zurl or his writing, visit www.waynezurlbooks.net. Follow his book signing tour at www.booktour.com/authors/show/31206.